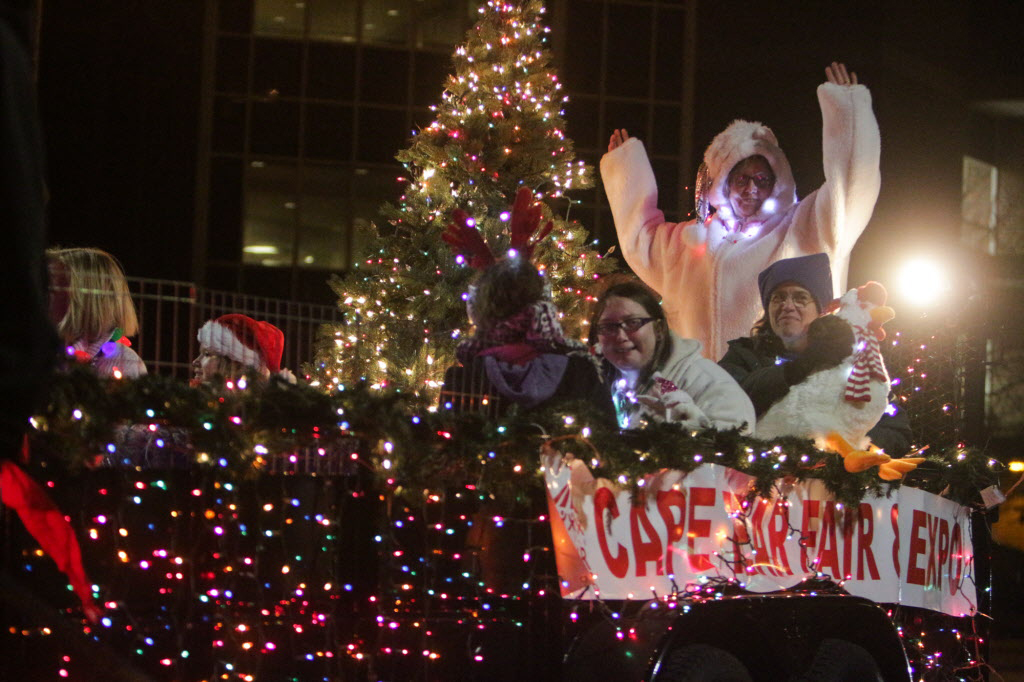 We will step-off at 5:55PM.We will gather from 4:15 until step off time.  Our Unit number is 8 (Yay, near the front).  We are between the Cub Scouts Pack 226 and the New Hanover Public Library.  Our line up spot should be near the intersection of Front and Red Cross Streets. Street parking is free on Sundays, but it will be tough to find a spot.  The parking decks charges vary but most max out at $8. Go early, enjoy the Riverwalk.  The official starting point is the Front and Walnut intersection, the route extends to the Front and Church Street intersection where entries will be routed over to Surry St. for dismantling.  We may return to the downtown area via Second Street.  If you park between Market and Orange St. you will be about the middle of the parade route.  No one is to dress as Santa (there is only one Santa and he brings up the rear), but Santa hats are allowed.  Dress up in holiday garb.  Deck out your greyhounds,  Get battery powered lights for your leashes and your greys, not to mention yourselves, and join in the fun. I should have the float there by 3:30PM .  Spaces for greyhounds and people on the “float” have already been designated.  I may have a spot or two inside my Durango, for someone unable to walk. We may HAND OUT candy, but may NOT throw it, so  if someone wants to bring some small individually wrapped candy canes we could designate some of the kids to hand it our along the parade route.  We will need banner holders for the GFNC and WAGS Banners, people to hand out bookmarks and business cards, as well as somebody to carry Santa’s “Sack” at the rear of the entry for scooped poop!