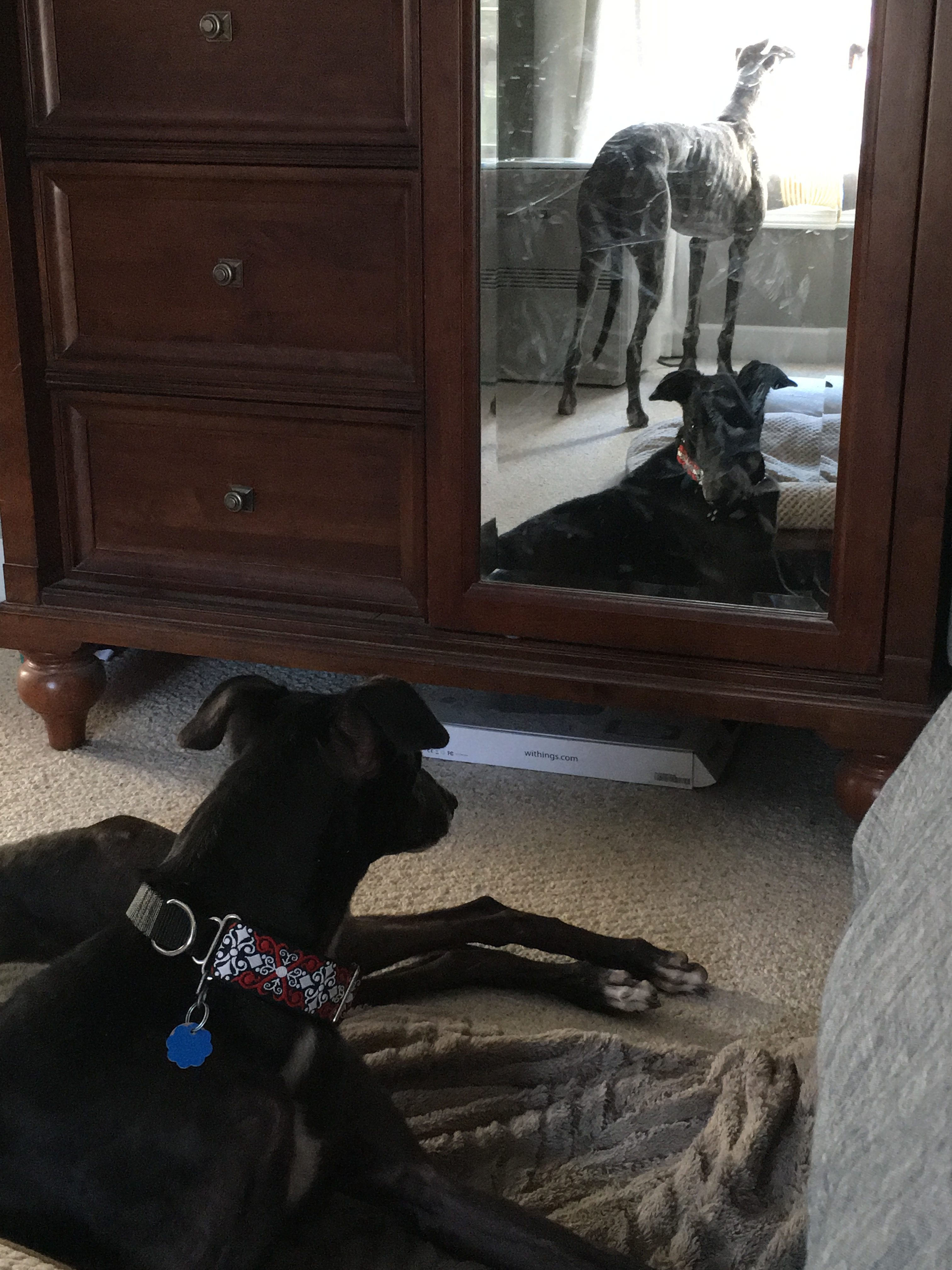 We adopted Jaxx (AMF Ebay) and Peanut just a few months and in that short time I can’t believe we ever got on before them. They have brought so much love and happiness into our lives. We got Jaxx a month before Peanut and he made himself right at home! Minus a one day struggle with the stairs (we ran out and got a runner and he was a pro after that) and a fascination with his reflection (you can’t really blame him he’s such a handsome fella) you’d never know he’s never been in a home before. He was calm and relaxed with just a touch of silliness- everything you’d imagine a greyhound to be. He set the new dog bar high for poor Peanut! But when we brought her home she was a dream come true (a nutty, crazy at time dream hence her nickname Nut Nut) and they got along famously. I don’t know if Jaxx taught her or we just lucked out with the two greatest dogs ever but either way they are the loves of our lives. But be warned, we were told greyhounds are like Pringles and you can’t have just one!